Baseball had been invented prior to the Civil War, but it had not yet caught on as a national sport. Games were held mostly in New York with some in New Jersey.

Historians disagree. Some say yes this happened and some say no. Legend says: When President Lincoln discovered baseball, he loved it. He had a baseball field set up on the White House grounds. He allowed kids to play there, and occasionally played baseball on his field himself.

Historian disagree. Some say yes this happened and some say no. Legend also says: When the Civil War began, the Union army distributed New York baseball rule book to the troops. Baseball was a game easy to set up, took very little equipment, and kept the men busy. The game quickly became popular with Union soldiers. Southern troops learned the game of baseball from Union prisoners. There were about 160 prisoner of war camps. Conditions in all prison camps were horrible. But not all of them were the nightmare of the Confederate prison at Andersonville or the Union prisons at Elmira and Rock Island. In some prison camps, both sides set up a baseball team and played each other, North against South. 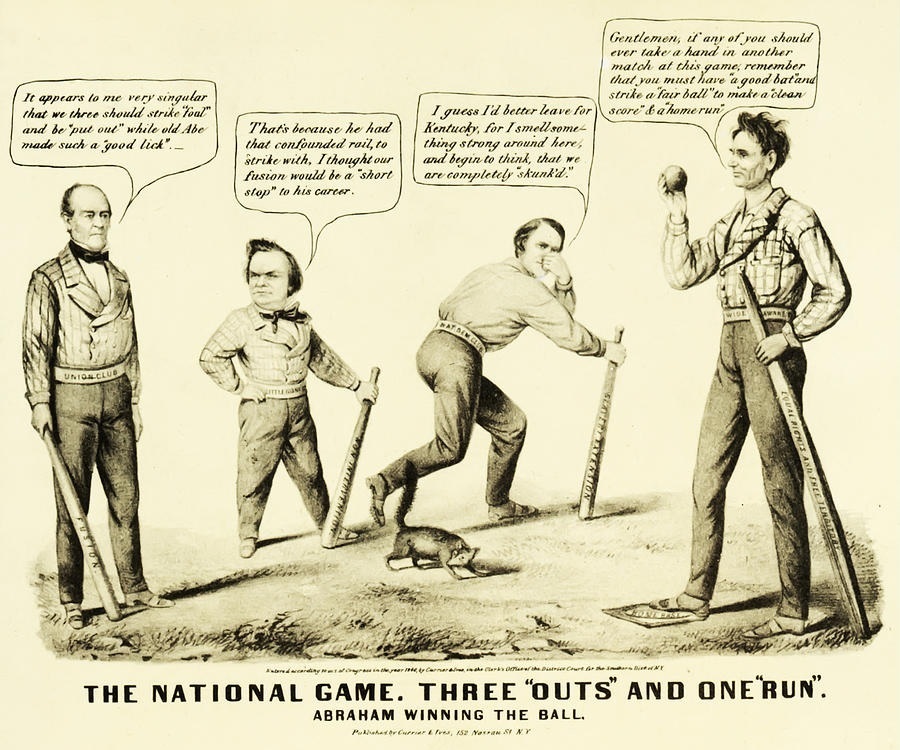